PS4 or XBOX One - Who wins the Console War this Christmas? 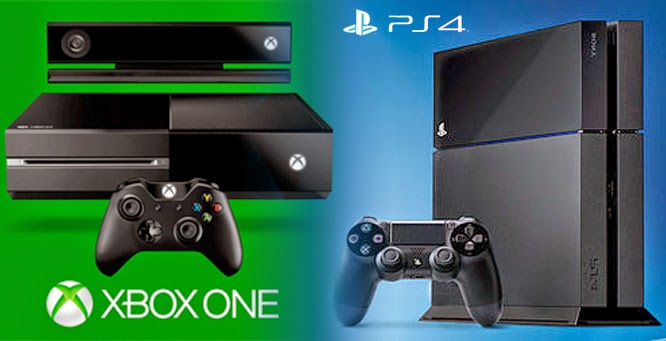 So, after a bit more than a year on the market, who is leading the console game war – Sony’s Playstation 4 or Microsoft’s XBOX One? Set aside for a moment the notion that console gaming is on borrowed time. In fact marinate on this: between the two, the gaming answer to Hatfield and McCoy have sold a whopping 24 million units … in the first year alone. Before you say, “well, really, how many is that,” think about this – that’s a 70% increase over the sales of the equally lauded PS3 and XBOX 360.
Here’s the thing…the race for supremacy isn’t, at this point, very close. To date, Sony has sold about 14 million units while Microsoft has shipped roughly ten million. Why the gap? Well, the knock on XBOX is that it’s too general of a machine. Sony went after gamers primarily while Microsoft chased the larger streaming entertainment audience. Nobody needs to tell anyone just how crowded that particular marketplace is at the moment. Also, let’s not forget that the One cost $100 more than the 4 when it hit the market. Sure, XBOX eventually relented, offering a cheaper version without the Kinect camera – which is actually pretty cool, but nobody really cared overmuch about.
Slowly, Microsoft began to catch up. Now, with the 2014 holiday season looming, consumers who decided to get another year out of their PS3 or 360 might be tempted to upgrade. Still, that scenario offers no clear favorites. For every Only One Console Halo or Bloodborne, there are a host of games whose designers have refused to be relegated to only half the market.
But what could give one or the other the advantage this holiday season? Well, first, consider Sony’s new “Playstation Vue,” which is planned to compete with standard cable. Sony hopes this will entice gamers to use their PS4’s even more and to encourage non-gamers to buy into what Sony is offering from a streaming platform.
But the real question will once again be just how ready the market is to give up on gaming consoles altogether. Is the age of the mobile-gamer finally here? Will both Playstation and XBOX be as current as Sega come next January? Don’t laugh, both GTA5 and Destiny had strong digital download numbers, and other games maintain strong fan followings. Wherever the market turns, one thing is certain: both Sony and Microsoft will have to weather the onslaught of wireless gaming while keeping an eye on each other.
Posted by cary at 8:34 AM No comments: 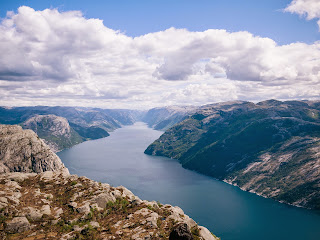 Leaders aren't born, nor are they made over night. If you study the great leaders - you can establish the Do's and Don'ts for becoming a leader. We have invited Gennady Barsky to curate the best quotes on What makes a Leader. Hopefully this will provide great inspiration for those who want to be leaders of people.

What constitutes a great leader – here are some quotes on the issue:

·        “Leadership is the capacity to translate vision into reality.” Warren Bennis

·       “Leadership is a potent combination of strategy and character. But if you must be without one, be without the strategy.” Norman Schwarzkopf

·       “Leaders do not proclaim themselves as leaders – they simply are that.”  Jonah Engler

·       “Leadership is lifting a person’s vision to high sights, the raising of a person’s performance to a higher standard, the building of a personality beyond its normal limitations.” Peter Drucker

·       “I start with the premise that the function of leadership is to produce more leaders, not more followers.” Ralph Nader

·       “The key to successful leadership today is influence, not authority.” Kenneth Blanchard

·       “Leadership is the art of getting someone else to do something you want done because he wants to do it.” General Dwight Eisenhower

·       “Education is the mother of leadership.” Wendell Willkie

·       “Leadership and learning are indispensable to each other.” John F. Kennedy

·       “Leadership does not always wear the harness of compromise.” Woodrow Wilson

·       “To have long term success as a coach or in any position of leadership, you have to be obsessed in some way.” Pat Riley

·       “True leadership lies in guiding others to success. In ensuring that everyone is performing at their best, doing the work they are pledged to do and doing it well.” Bill Owens

·       “Leadership is not about titles, positions, or flowcharts. It is about one life influencing another.” John C. Maxwell

·        “The challenge of leadership is to be strong but not rude; be kind, but not weak; be bold, but not a bully; be humble, but not timid; be proud, but not arrogant; have humor, but without folly.” Jim Rohn

·       “The task of leadership is not to put greatness into humanity, but to elicit it, for the greatness is already there.” John Buchan

·       “Leadership is the ability to establish standards and manage a creative climate where people are self-motivated toward the mastery of long term constructive goals, in a participatory environment of mutual respect, compatible with personal values.” Mike Vance

·     “The very essence of leadership is that you have to have vision. You can't blow an uncertain trumpet.” Father Theodore M. Hesburgh 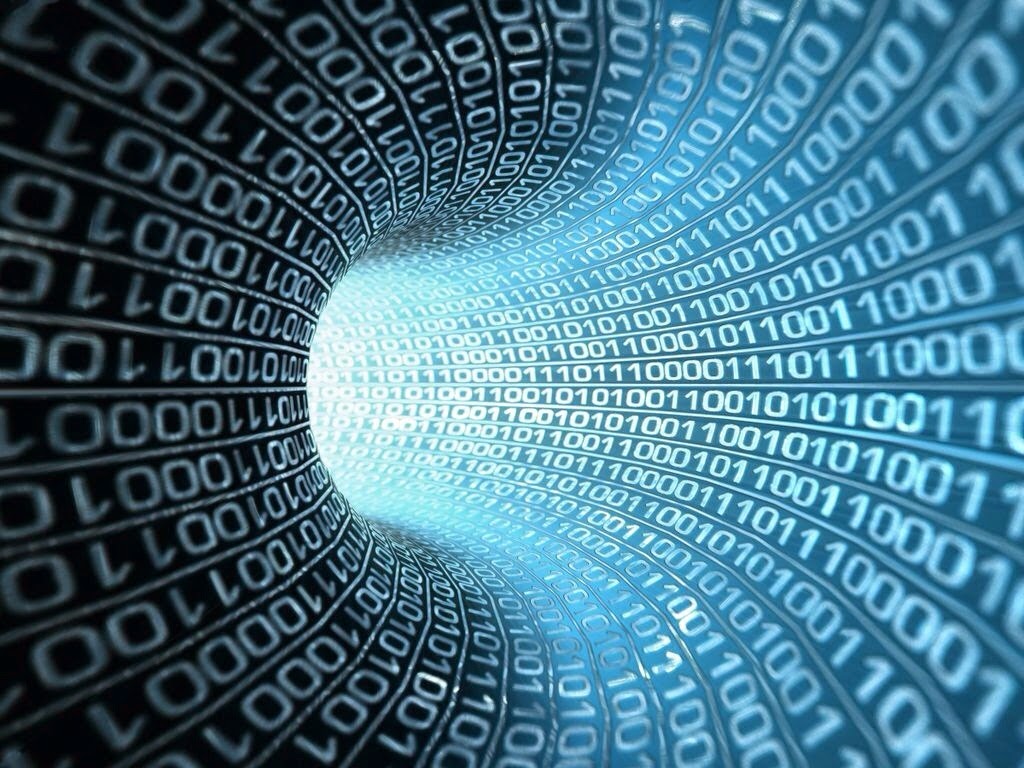 New York City is considered by many business enthusiasts to be the new mecca of technology start-ups. Techies are even calling it the Silicon Valley of the East, much to the chagrin of people who see more successful Boston and Seattle-based companies as proof that the Big Apple could never compete. Yet progressively more business-minded hopefuls are relocating to New York City each year. Is the resounding hype on this city's tech market going to produce fruitful business? Or will everyone escape to a more profitable area after a thousand more failed start-ups?

Let us examine the evidence surrounding the techie hype. Thus far, New York City has produced only one start-up company that has gone public with a value exceeding $1 billion. That particular company is Tumblr, a blogging website purchased by Yahoo in 2013 for approximately $1.1 billion.

Besides Tumblr, New York City shows no signs of other legitimately profitable tech start-ups, at least, none that have been venture-backed. Of course, there are a few other companies in the city such as AppNexus and Buzzfeed valued at more than $1 billion on paper, lifted up by certain investors and venture capitalists. But paper value can drop in an instant; the companies Foursquare and Fab are just two examples of this unfortunate fact.

When you take a look at the most recent exits worth $1 billion, it becomes clear that New York may still have a long way to go in matching the hype. An e-commerce company based in Boston, Wayfair, is raking in the dough; it went public on October 2 at a whopping $2.4 billion, an amount that demolishes Tumblr's achievements. Wayfair closed the day with more than $3 billion, a true testament to the effectiveness of start-ups in competing cities.

Another example of more valuable companies in other cities includes TripAdvisor, a company based in Newton, Massachusetts. It is publicly worth $12 billion and represents just one of the many successful companies based in tech-savvy Newton. If you need even more evidence, take a glance at Austin's company roster with the company RetailMeNot.

Many believe that New York City should instead be compared to Chicago, a smaller city in terms of tech start-ups. But even Groupon, a Chicago-based company with dwindling profits, has a value that quadruples Tumblr's selling price. Let us not forget about Atlanta, Georgia, which is also more logically compared to New York City. Even Atlanta is home to more publicly valuable companies with VMWare at $1.5 billion as just one example.

We are all rooting for New York City to catch up, but with the evidence contradicting the claims, it looks like the Big Apple has a lot of work to do if it wants a shot at being the real Silicon Valley of the East. It is undeniable that New York City is home to publishing empires and hundreds of extremely profitable businesses. However, can it live up to the hype of its tech start-ups? Or is the hype already over in the face of more successful start-ups in other cities?
Posted by cary at 8:22 AM No comments: