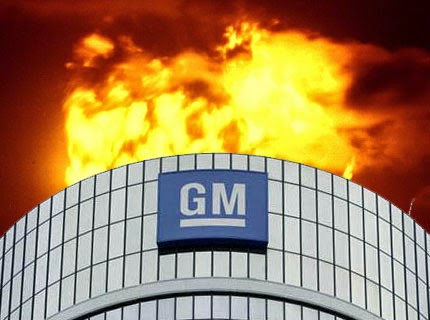 There is no doubt about it, the last few years have been toughon General Motors. First, the bottom fell out of the automotive industry, and they were one of the worst off. While chief competitor Ford came through the financial debacle without even taking federal bailout money, GM slogged through and came out the other side solvent, but battered and bruised.

Ronn Torossian said the company desperately needed some positive PR to rebuild their tarnished image. Instead, they got IgnitionGate. Followed by RecallGate. The series of recalls, and then deaths, triggered by faulty recalls has General Motors in an even worse public relations situation than they were in the heart of the bailout.

Now, evidence has surfaced that some are alleging that one of the reasons GM failed to act quickly on the ignition switch issue is that the person who discovered the issue had been discouraged by GM’s hard handling of a previous whistleblower in a similar situation.

Back in 2003, Courtland Kelley sued GM, alleging that the company had reacted slowly to potential dangers related to its vehicles. He lost the case and his career suffered, but he still felt that he had done the right thing in reporting the issues. Some are saying that loss contributed to GM’s slow reaction to the current issue.

The more the story that comes to light, the more plausible those allegations appear. According to released documents, Kelley had been head of the national team investigating the Cavalier, Chevy’s Cobalt predecessor. After making the company aware of what he determined were multiple issues and safety concerns, Kelley was stonewalled by GM. He threatened to report his concerns to the National Highway Traffic Safety Administration. Then, he sued under a Michigan Whistle-blower law. The case was dismissed, and, as you might imagine, GM was none too thrilled with Mr. Kelley. He was not fired, but he was moved into a position where he would cause less trouble.

There is likely little doubt that Kelley’s story served as a cautionary tale to those who chose not to rock the boat when they first learned of the current safety issues. Now that at least thirteen people are dead, these latest revelations will probably make GM wish they had not dismissed Kelley so many years ago.