Can Firefox Really Burn the Android? 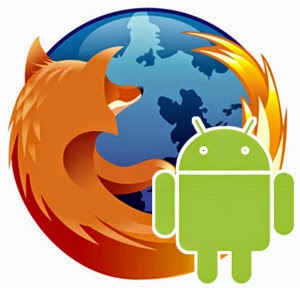 Communication is changing, no surprise there. If there is one constant in the “talking” industry, it is change. History tells us that, along with that change, we will see a shift in market players. Big Names will emerge and turn former Big Names into historical footnotes. Remember the “Crackberry?”

But, in the world of technology, there is always the wildcard. It may never grab a majority of market share, but it finds a market and gains a foothold, bleeding points from industry leaders in a war of attrition. Could this be the case with the newest entry into the mobile market?

Mozilla’s army of volunteer coders has created the first viable alternative to the Big Name mobile device manufacturers, a phone that runs on the popular Firefox platform.

Firefox remains a popular “not Google” alternative to IE and Safari, and Mozilla is hoping that the same will soon be said for its phone. And, that may happen, if the marketplace big boys allow it.

Until this point, Mozilla has not really been considered a threat to the for-profit market leaders. The company operated as an open-source entity, creating code that others could commercialize or build on and make better. Google, Apple, and Microsoft essentially treated Mozilla like Doc Brown, toiling away in his garage, but no real threat to their core market share. In fact, about 90% of Mozilla’s recent revenue has come from – wait for it – a search traffic deal with Google. But now Mozilla has moved beyond the kooky guy in his garage, and may have actually turned that Delorean into a time machine.

Google’s Android currently owns the market, maintaining a 78% market share, more than four times Apple’s 18% second-place position. No one seriously expects Firefox to put a dent in the iPhone, so that makes Android the more likely target. If Firefox can compete on either “cool” or “price,” or "both," as they have shown in some markets already, then Google may have to take a serious look at their once-and-future internet ally.

Another potential – and likely, safer – target is the aforementioned Blackberry. The fallen king of the mobile market is looking at some of the same developing international markets where the Firefox phones could make a splash. Could this turn into the ultimate undercard fight that overshadows the heavyweight bout? The answer to that question will play out based on how each brand introduces its brand, and manages the consumer PR in these markets.
Posted by cary at 7:31 AM