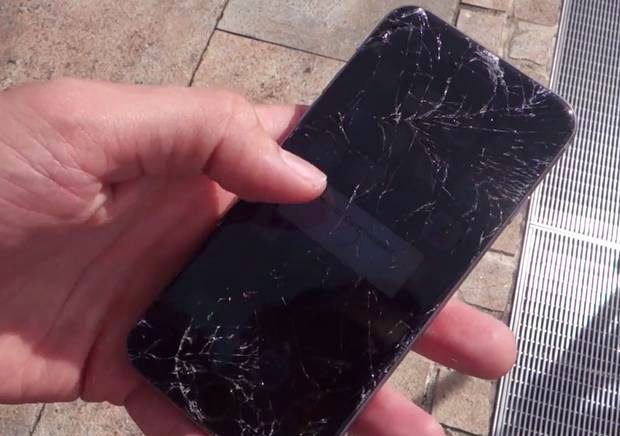 When the iPhone 6 hit the market, it was The Big News in tech for weeks. Then someone tested it, and the phone failed to hold up under the pressure. About nine customers complained about “bent” phones after the first week of sales. Nine. But, it’s the iPhone so of course it was big news. Then a couple of British kids videoed themselves bending an iPhone 6 Plus and posted the video on YouTube.

Views stacked up, and It Became Fact: iPhones will bend, and then break. But what about the competition? Well, Samsung, purveyor of what would have once been called absurdly large handheld devices, now has a similar problem. According to reports, the new Galaxy S6 Edge can be permanently deformed when bent with 110 pounds of pressure.

So who has the edge? Well, no one, it seems. The iPhone 6 bent when the same amount of pressure was applied. Then again, it held up a bit longer than the Galaxy did before being irreparably destroyed.

What’s the PR result of all this bending and breaking? Well, the smart money is on “don’t bend or break your phone,” but the consumer takeaway will likely only reinforce previously determined personal preference. Each side will say: “see, they both break, but mine is still better.”

Some people are asking if Bendgate is the beginning of the end for “bigger and thinner” phones. Probably not. When smartphones first arrived on the market, accessibility was the name of the game. They mimicked the size of current cell phones but added features. Now experience is the name of the game in the market – the name has even changed from phone to “mobile device.”

Smartphones are, once again, tools to deliver an experience…an experience that increasingly includes visual-based entertainment and information. For that, bigger screens are better. So bigger screens are what consumers will be offered. How to deliver the best experience with the best resistance to damage (without hurting new purchase numbers) is the Holy Grail challenge right now for mobile engineers.
Posted by cary at 11:32 AM

Email ThisBlogThis!Share to TwitterShare to FacebookShare to Pinterest
Labels: 5wpr