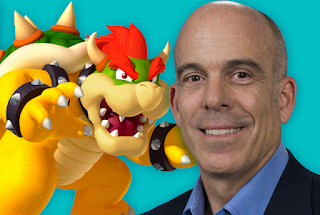 Nintendo just hired Bowser to be its US Vice President of Sales. In a match made in tech PR heaven, Nintendo just got a tremendous Vice President with a name that no media outlet – or Nintendo fan – will be able to resist. There’s a story here that everyone will want to read.


Anyone who grew up playing Nintendo, at home or in the arcade, will remember the name Bowser – the arch enemy of everyman hero Mario in a hugely successful and generation-spanning series of games. But it is not the King Koopa of the Mushroom Kingdom that will be calling the shots down at Nintendo USA HQ.

DOUG Bowser has been tapped to oversee a plethora of sales issues including in-store merchandising, retail strategy and retail marketing. This Bowser, a veteran in the video game marketing world, will be expected to step into a key effort to drive national sales strategies and to increase demand for Nintendo brand products in an increasingly competitive marketplace.

According to reports, Nintendo of America’s Executive VP of Sales and Marketing, Scott Moffitt, called Doug Bowser “an outstanding addition to our Nintendo team, as he brings a deep blend of both consumer package goods and video game sales experience.”

Bowser comes to Nintendo from Electronic Arts, a video game maker who excelled at selling hugely popular games to Nintendo’s chief rivals. That should give him key insight into how to bring Nintendo back into relevance in a market segment it once ruled.

There is no doubt that this move will bring massive attention with it, and that can be the downside to such a PR-friendly move. Bowser – and Nintendo – will now have to deliver. Any misstep, any failing and it’s far too easy for snarky editors to write a horrid headline. For his part, Doug Bowser is all about business and ready to make his presence felt in his new position. As to how he feels about the attention being generated by his new title… Well, you can bet he’s heard that joke before…and his appreciation for it is hidden in another castle.
Posted by cary at 11:37 AM